52 years ago this month, Buzz Aldrin and Neil Armstrong pulled off the unimaginable and landed on the moon, as the nation’s space race against the Soviet Union was over. America won bragging rights around the world. Today, the moon landing is for the history books and race to explore new planets, build a space ecosystem are front and center. Japan, India, Russia and China are launching for rockets into space than ever before. With space exploration in the forefront once again, the race starts again.

July should be an exciting month as two billionaires with seemingly perfect lives, leave their boardrooms to be the first space tourists. Sir Richard Branson and Jeff Bezos will risk everything to gain the public’s trust in their new companies commercializing space travel.

Branson’s SpaceShipTwo Unity, a rocket powered plane, blasted to the edge of space on July 11th, making him the first to ever do it.

If everything goes according to plan, takeoff to touchdown will be a similar experience for the Amazon founder, taking about an hour, with a few minutes of weightlessness in between.

While they may be the first, will they that the movement and be the trend setters that they see themselves as?

Going forward, SpaceX will be joined by Boeing, as the vehicle for our astronauts. Virgin Galactic and Blue Origin will be the commercial vehicle for our tourist. As more competitors are developed, these founding companies will fight to maintain market shares and price reductions are inevitable; especially if you can buy tickets on Amazon.

There is no doubt that space tourism has arrived, thanks to men like Buzz and Neil and their bravery 52 years ago. This new sector brings excitement and may warrant a further discussion for your long-term investment portfolio. If you would ever like to talk more about the various ways to invest in space, feel free to give us a call. - Patrick 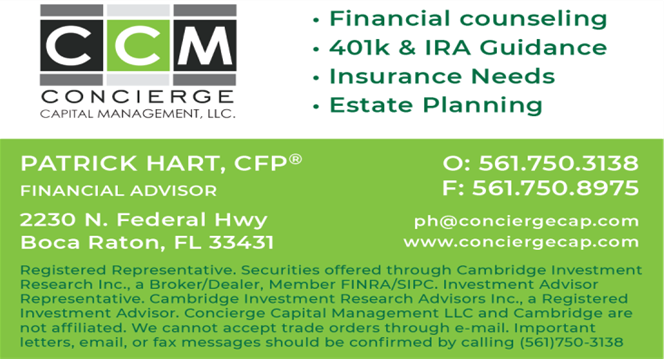